I just hate to waste good numbers, so when circumstances changed, that there was no longer any motivation to build the half completed Mk IV Chimera, I decided to create the Mk IVA Phoenix rather than complete the Chimera just for show.

I dubbed the Mk IV the Chimera, because it was built from parts of several other systems, and was an attempt to get maximum surface area for vacuum evaporation, using available 6" sanitary spools.  At that time, a 6" X 12" spool, was the largest that we could obtain.

Shortly before completion, 8", 10", and 12" X 12" sanitary spools became available, so I canceled the project.

Hee, hee, hee, behold the Mk IV Phoenix, risen from the ashes of the Chimera and embracing everything that we've learned to this point.

One of the things that we've learned and which has been addressed in the Mk IVA, and that is that stainless to stainless threaded fittings can be problematic, so the IVA uses welded manifolds, rather than manifolds assembled out of pipe fittings.

It has two sight glasses to monitor what is going on, and has a thermocouple in the tank, to monitor the internal temperature during processing, in addition to a JB compound pressure gauge.

While this is about the largest practical unit that can be horsed around, we will be adding a 304SS cart anyway, to carry the pumps and 100# recovery tank, as well as the Mk IVA on casters.

A Haskel Model 59025 pneumatic refrigerant pump is on order for our prototype, and due in January, so timing will be close.  We chose the Model 59025 because the pumping chamber is separated from the air piston by enough space, so that if a seal blows, dirty air can't contaminate the butane stream, with the meds in it.

The system has ports to either recover or vacuum the columns separate from the chamber, and can accept up to three recovery pumps, as well as a separate vacuum pump port, so multiple electric pumps can be run instead of the pneumatic Haskel, which takes a 10 hp screw compressor to run. 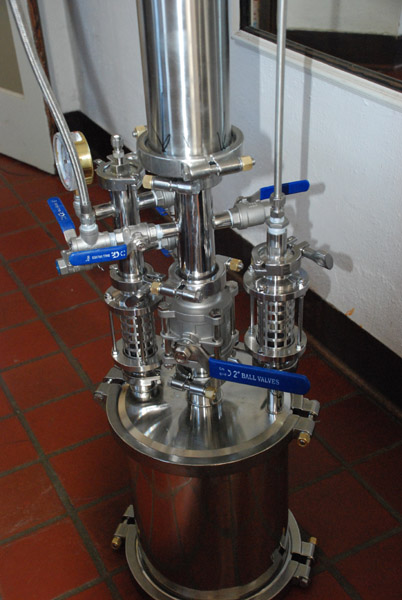 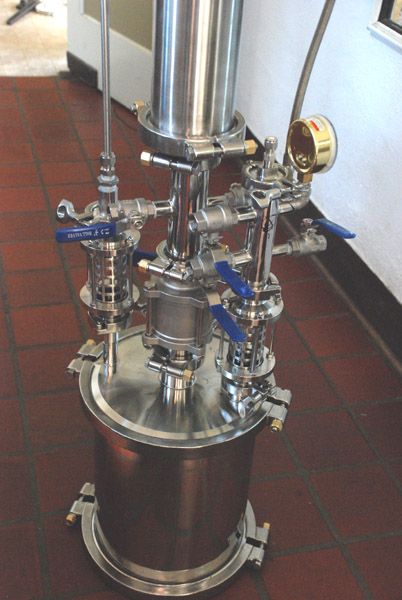 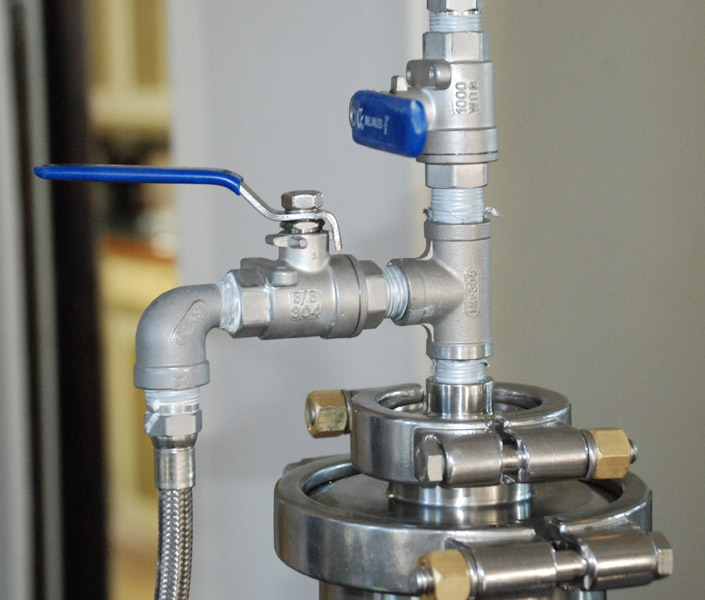 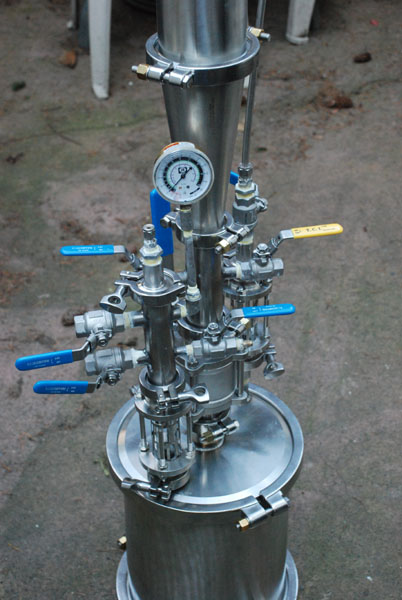 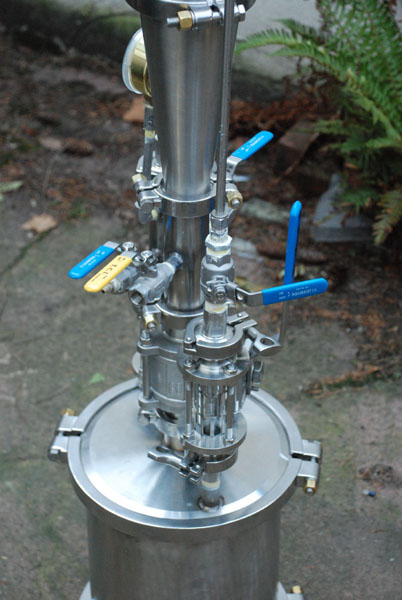 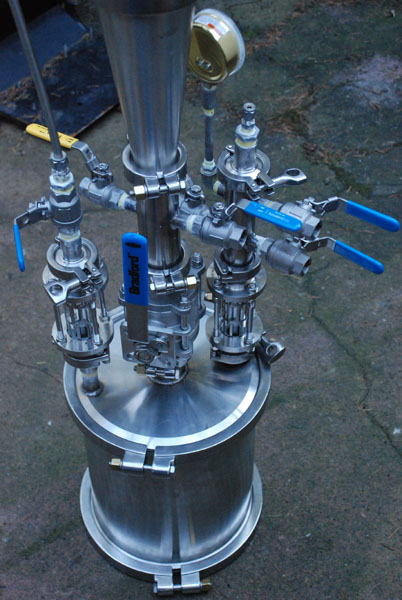 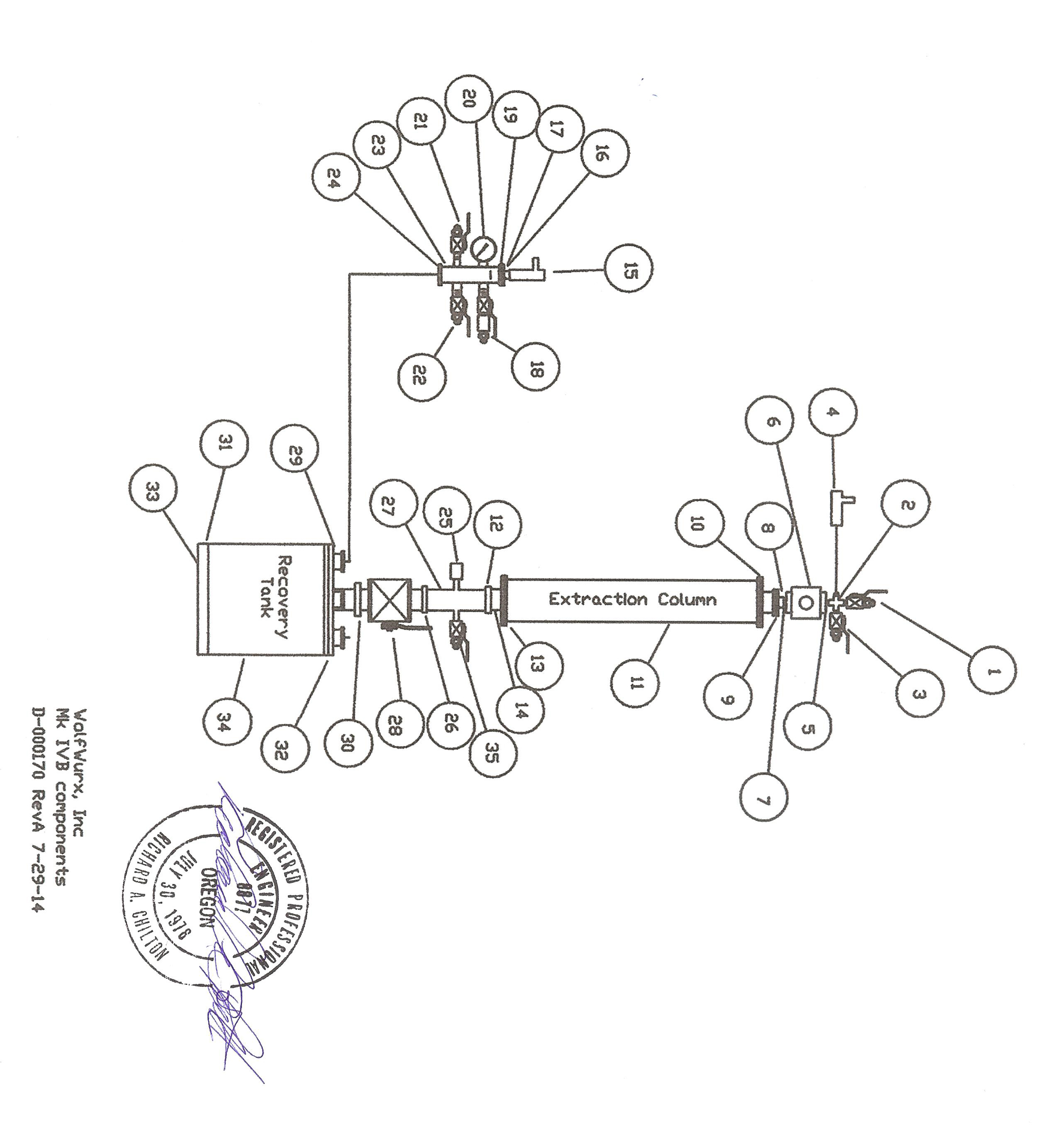 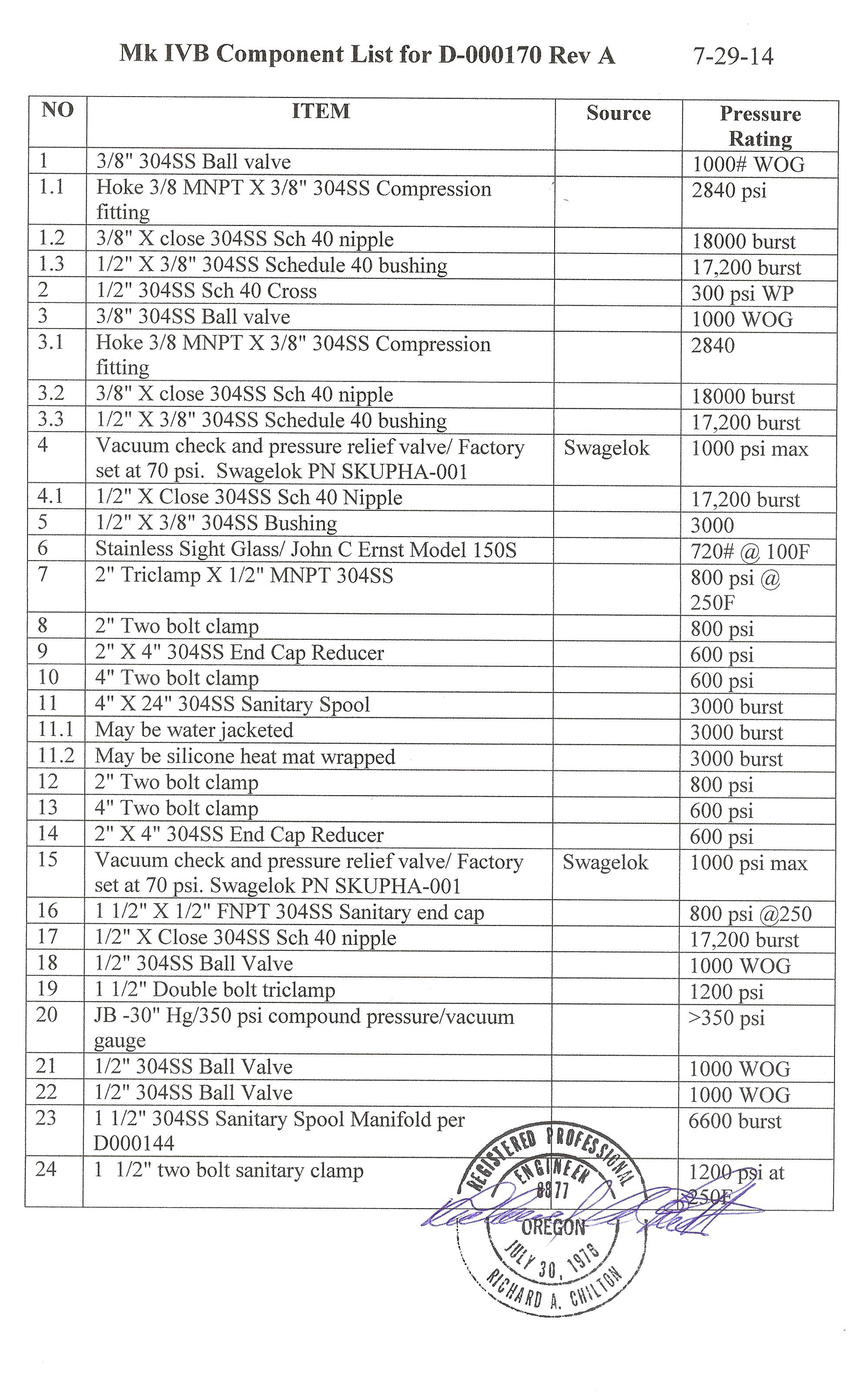 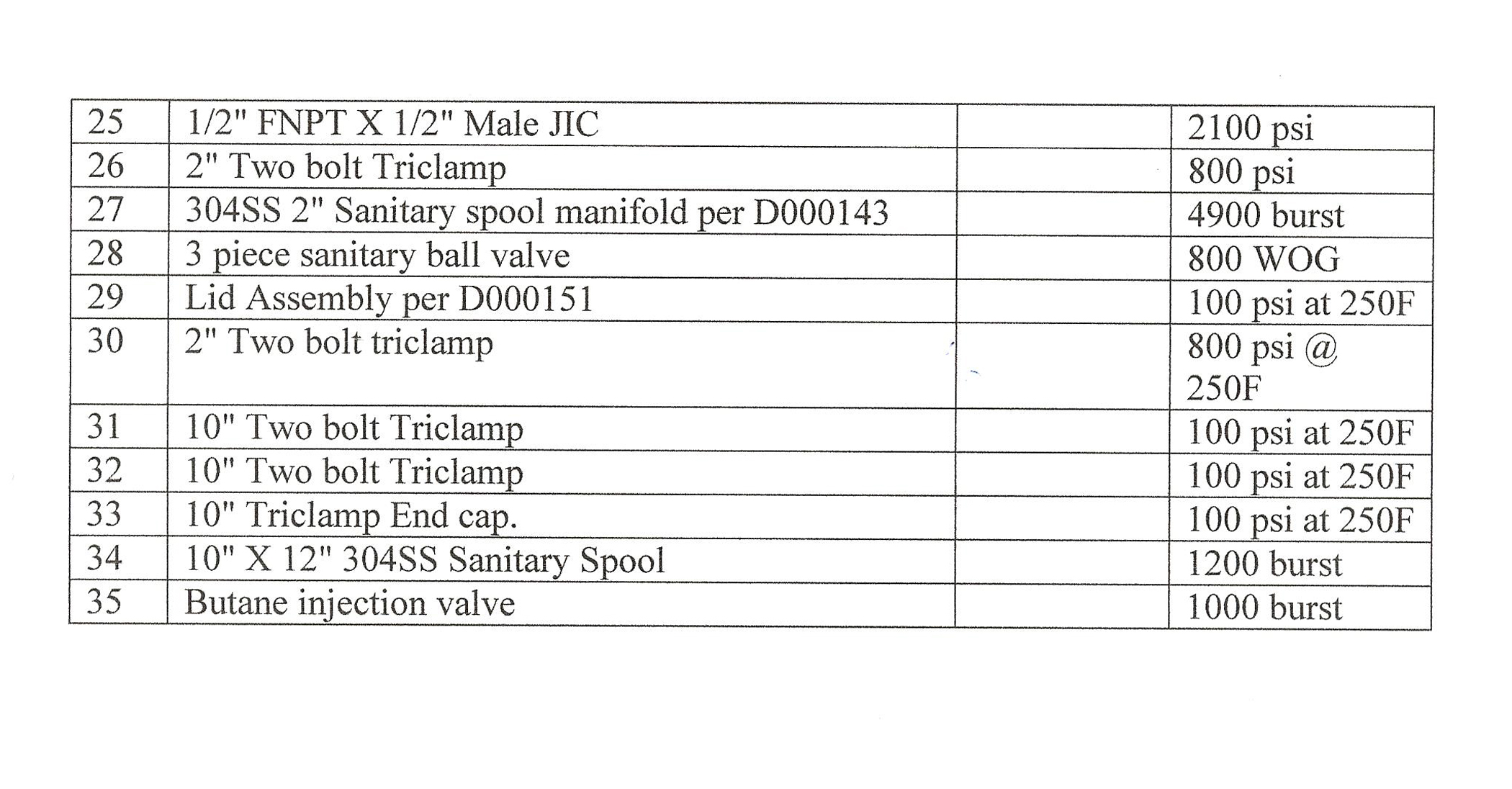 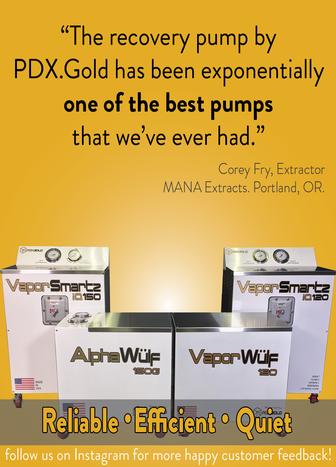