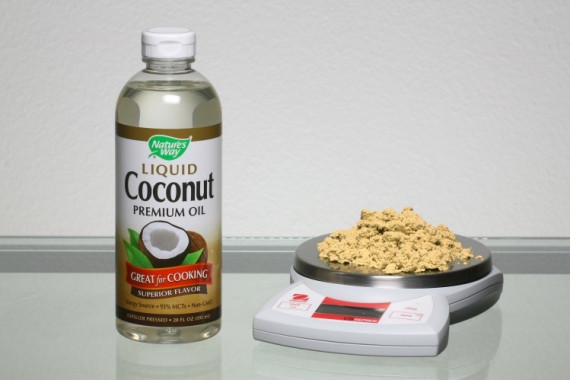 Choosing an extraction method should be given careful consideration. Using a solvent like Ethanol as a carrier, some decarboxylation is possible if evaporated with heat.

For ease and wanting to steer clear of activation we performed a dry ice extraction; eight ounces of fresh material with a 200 Micron Bag yielded 33 grams of glandular trichome’s-Kief.

G-20 Knife Generator shafts are sealed to prevent abrasive material, like Kief from being processed through the shaft tube, thereby possibly damaging its O-rings, ball bearings, springs, and other components.

The Knife Generator is engineered so that as powders are added into liquids they won’t congeal, it cuts while processing; splitting open the trichomes so the cannabinoids readily dissolve in the carrier.

For the experiment, we wanted to see what percentage of THCA- mg/ml is achievable with 5% by weight of Kife to 500ml of Liquid Coconut Oil, which comes to 25 grams.

Heat is easily generated while processing due to the high viscosity of the media. To avoid the possibility of further decarboxylation, we chilled 500ml of Nature’s Way Liquid Coconut Oil to 38°F and placed it in a one liter beaker. 500ml is the minimum that can be processed in a one liter beaker with a G-20 Knife Generator, while introducing powders into liquids.

The CAT X1000D is clamped on its drive stand so the Knife Generator is immersed in the Coconut Oil about a 1/16th of inch from the bottom of the vessel. The device is powered on with the speed set at 4000rpm’s. About 12 grams of Keif are added into the Coconut Oil. The motor speed is then increased to 8500 rpm’s and the vessel is moved around the shaft for about 45 seconds. The motor speed is decreased back to 4000 rpm’s and the rest of the Kife is placed into the oil. The motor speed is increased again to 8500 rpm’s for about 45 seconds while moving the vessel around the shaft. That completes the processing.

We’re not quite sure if additional time processing; say a minute, would increase the THCA percentage. The temperature of the solution rose from 38°F to 75°F in 90 seconds, so we decided not to do any further processing with the X1000D Homogenizer. Instead, we placed the solution on the MCS78 Magnetic Hotplate Stirrer for an hour with no heat, just stirring. We don’t know if the hotplate stirrer is even needed. We thought it couldn’t hurt.

We then vacuume filtered the solution and sent a sample to the lab for a potency test. Here are the results.

This process is relatively fast, about 1 ½ hours from extraction to completed solution.

Some additional testing will have to be done to discover if more time spent processing, two and a half minutes compared to 90 seconds increases the percentage of THCA. The additional time will require the vessel to be chilled to prevent further decarboxylation. 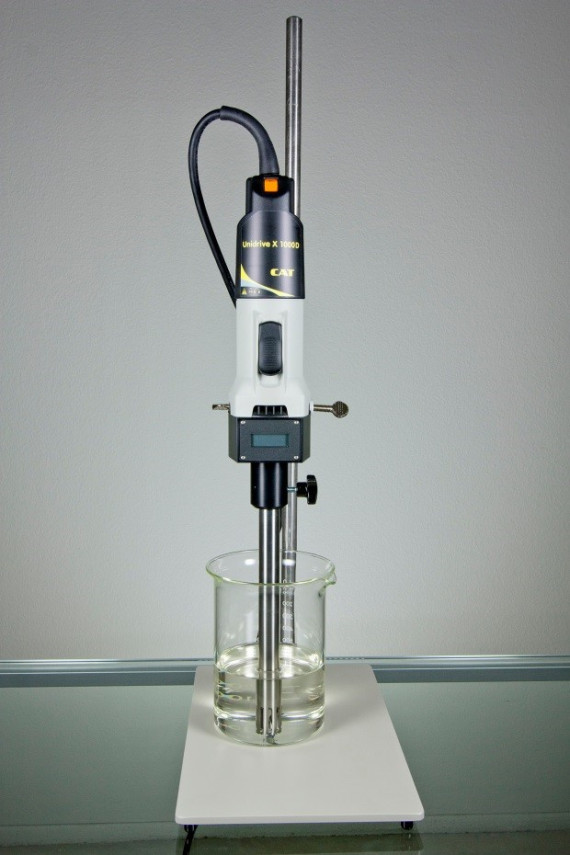 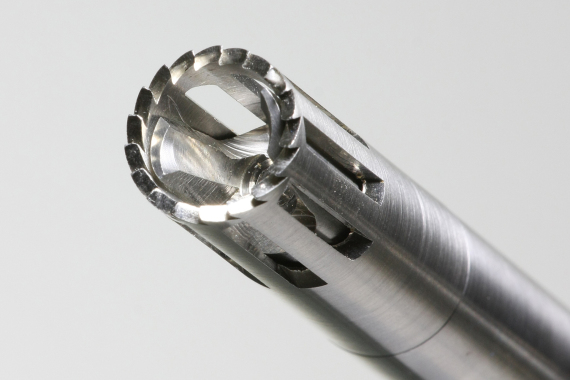 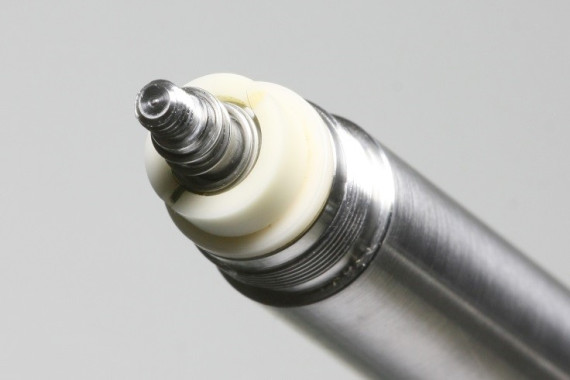 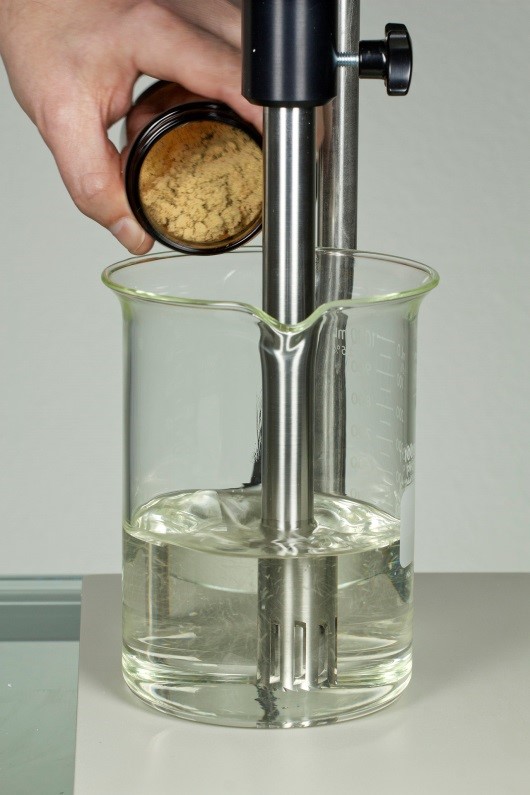 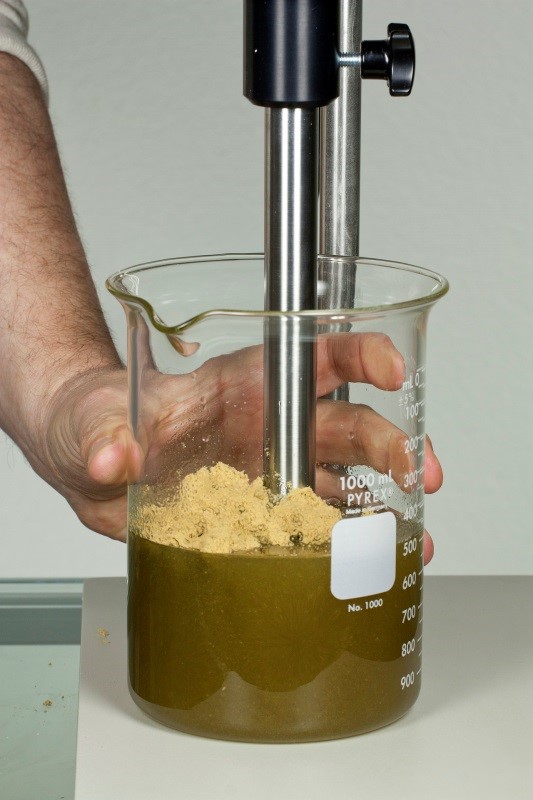 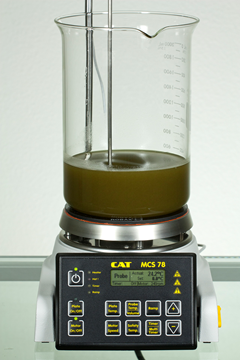 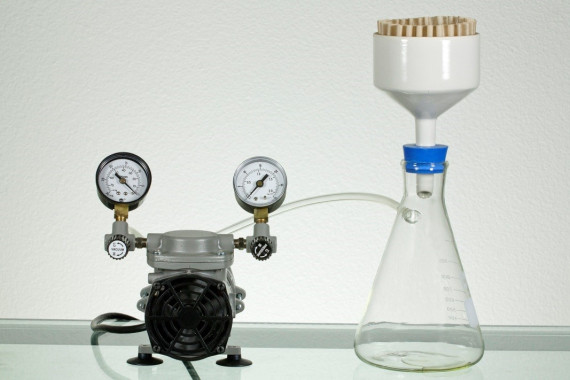 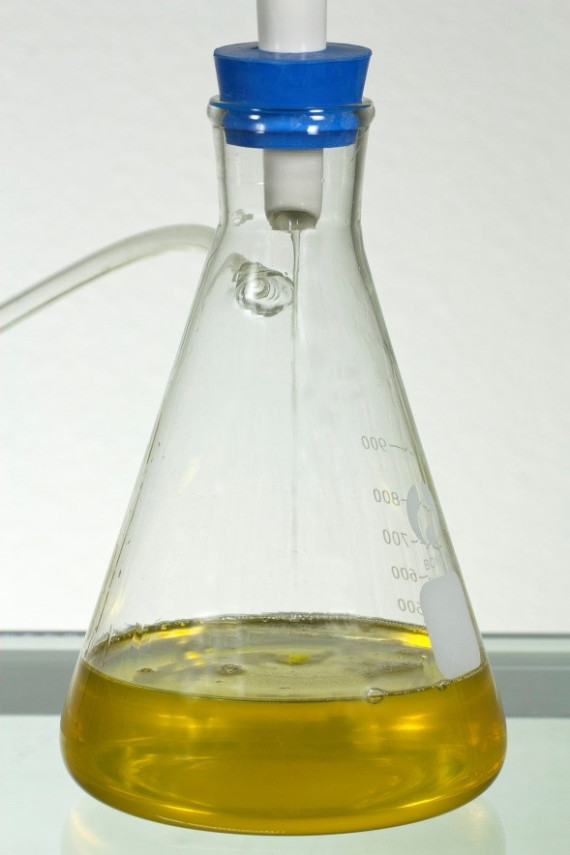