Some of ya’ll mature brothers and sisters will remember D. Gold’s ISO-1 and II Isomerizers from the 70’s, and some of ya’ll young researchers may have cast eyes upon one or at least a picture.

Starting with  the ISO-1, here is a picture from a brochure.  First concept, direct and utilitarian: 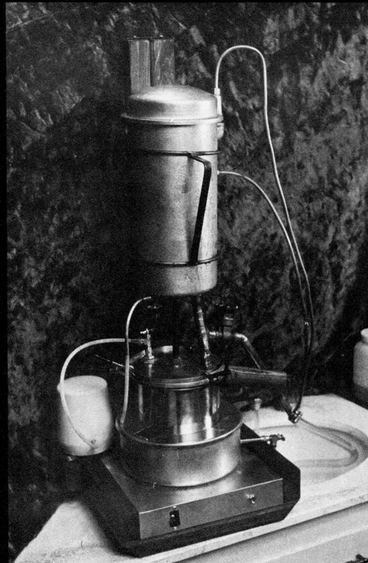 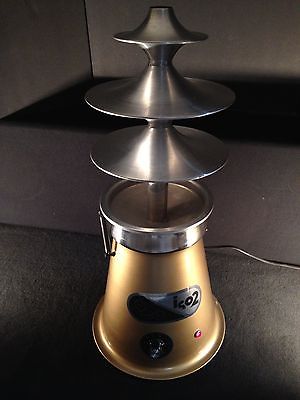 Followed by the ISO-2, which was both functional and elegant in design:

Hee, hee, hee, followed by  the Super Flower Tower, actually built and distributed by others, after D Gold stopped marketing his ISO-2.

D. Gold says, “Regarding the Super Flower Tower link, I never had anything to do with those folks, and knew nothing of their product until I saw it on e-bay.  I suppose that I should have been pissed that they copied the ISO-2 exactly, but I had no plans at the time to market anything, and was happy to see my design back on the market and available for people to use. I guess they figured that the patent had expired or that nobody would care.

I really don’t know if they actually made any machines or not.  When I first saw the website a few years back, the machines were listed as “out of stock” when an order is placed, as is the case today.  Maybe they just took pictures of an ISO2 and put together the website to test market, and never followed thru with production.”

Meanwhile back at the Pharm, imagine our joy and amazement, when D. Gold announced that he has now whomped up an ISO-3, and presented us’ns with SN-0001 to have our way with.

Clearly an evolved design that has moved from direct and utilitarian, through elegant, to KISS.  The sort of thang that happens, when you continue to mull over a concept for half a century or so……………….. 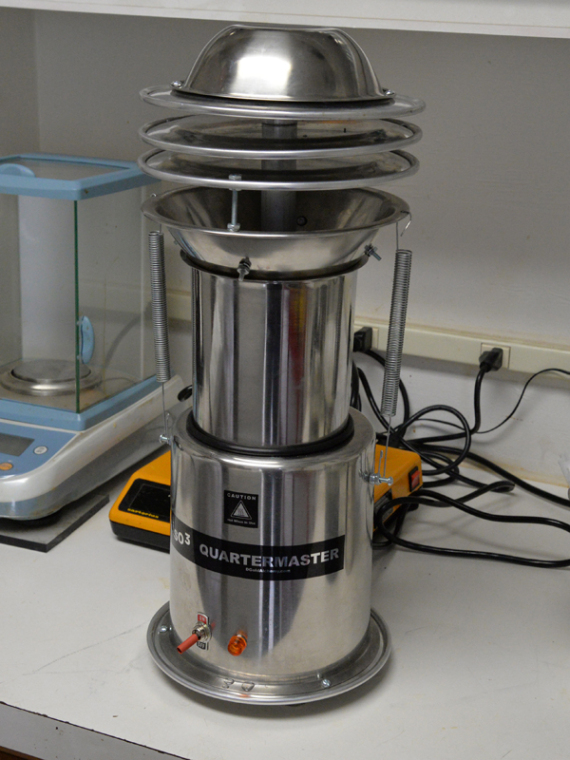 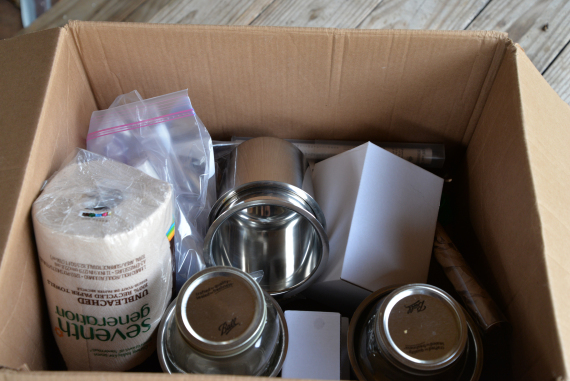 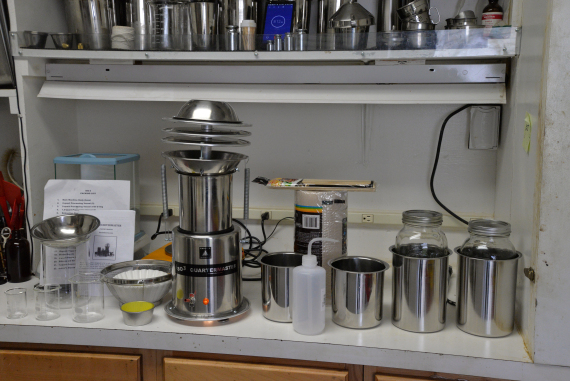 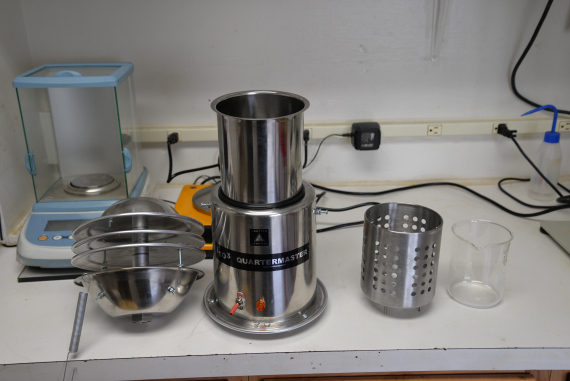 The way these puppies work, is that heat in the lower chamber, slow boils off what ever solvent is in the second level container, and the vapors condense against the chilled head, and rainfall back through what ever is in the basket.

If it is plant material in a filter bag, in the basket, it soxhlet extracts, and if it is the 500 ml beaker, it refluxes and collects the alcohol, leaving the concentrate behind in the pot.

That means it can do whole plant extractions start to finish, or be used to recover the ethanol from a QWET extraction, or BHO winterizing.

Something for both the camps looking for full plant extract, and those looking for concentrates to vaporize.

To put thangs in prospective, D Gold has been deeply involved in the medical cannabis movement since the 70’s, and for those interested in where that has taken him, check out:

Sooo, we decided to get our feet wet with recovering 200 ml of winterized BHO, and began by wiping down all the product contact surfaces with 190 proof ethanol.

We then assembled the unit except for the chilled head, placing the 500 ml beaker in the basket to catch the ethanol reflux.  After filtering 200 ml of the solution, we poured into the boiling pot, installed the chilled head, and added water to the bowl.

First of course, we wiped down all contact surfaces with 190 proof to remove any contaminants: 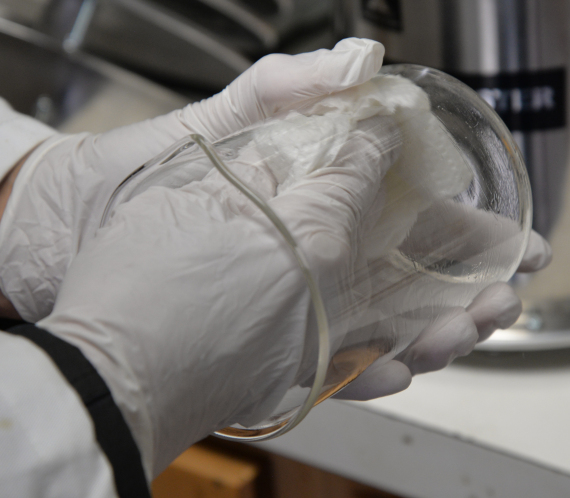 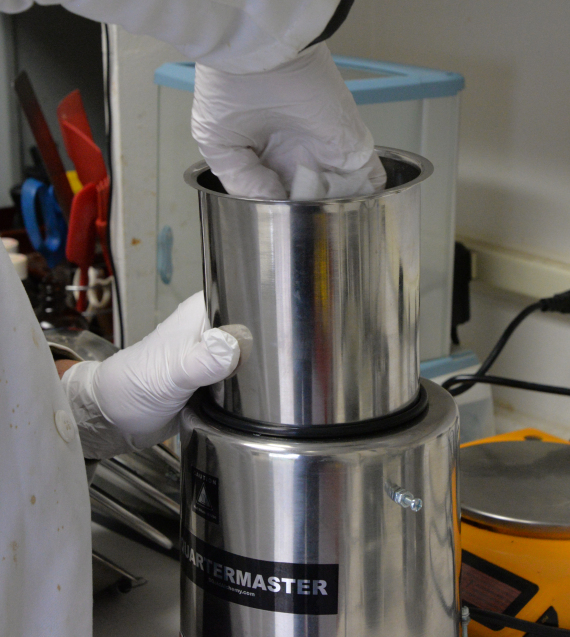 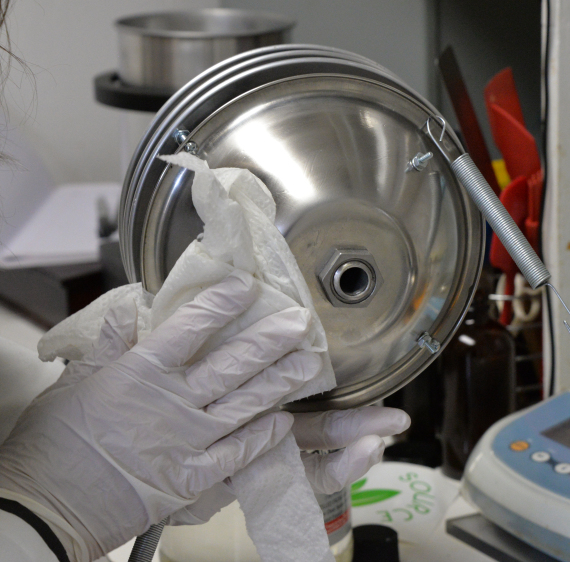 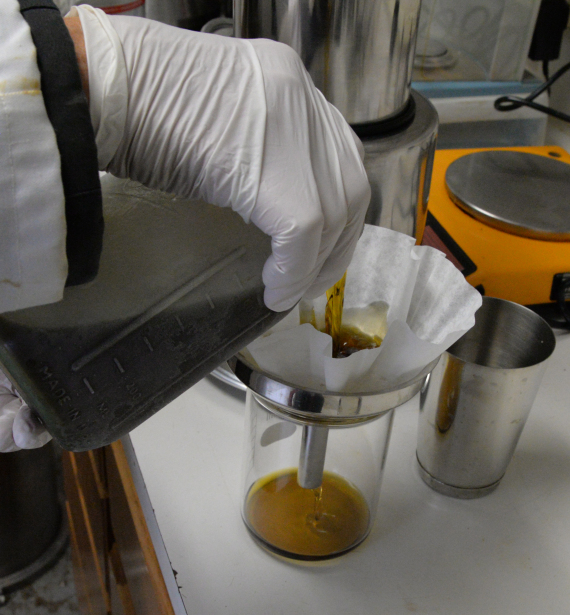 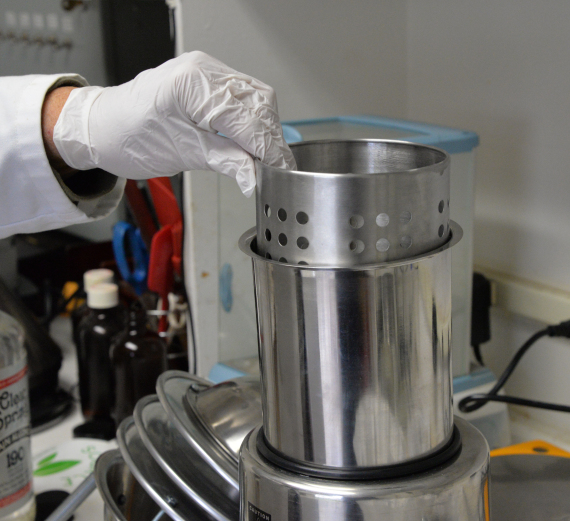 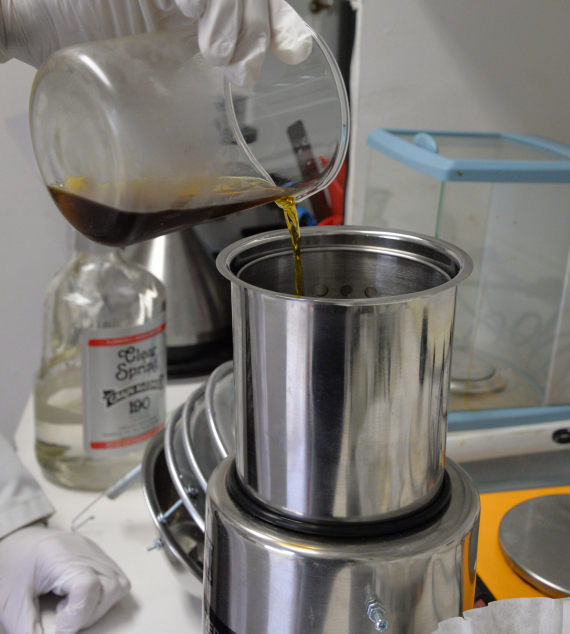 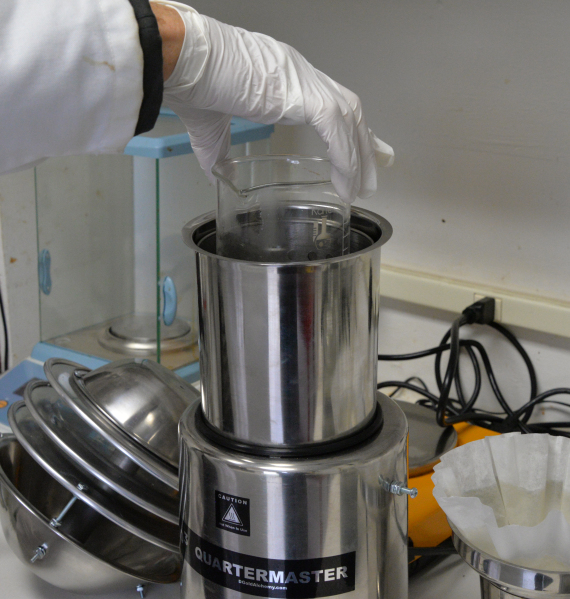 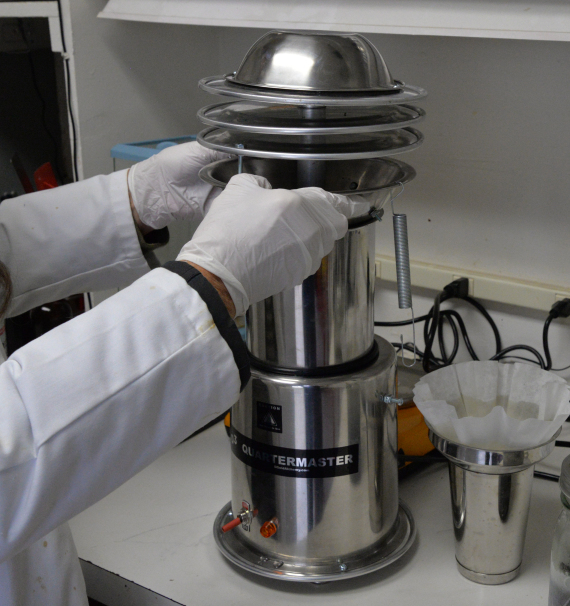 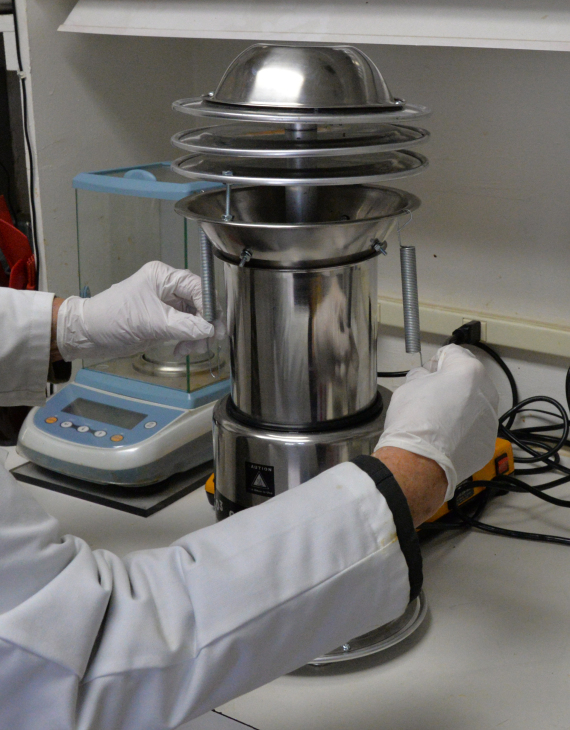 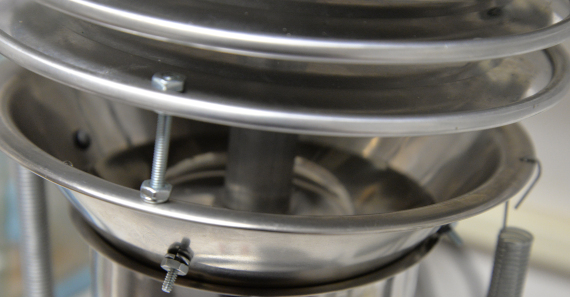 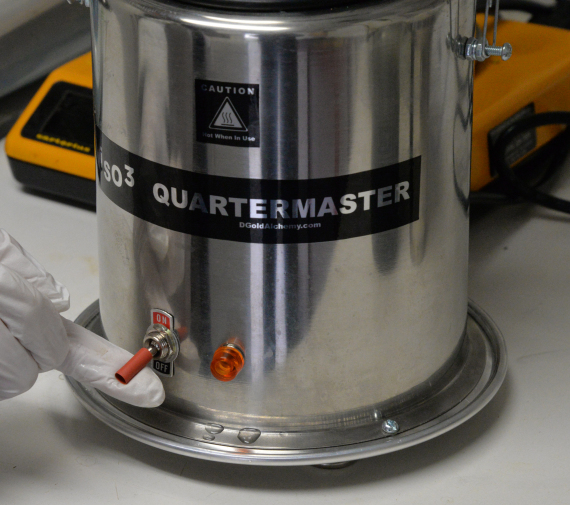 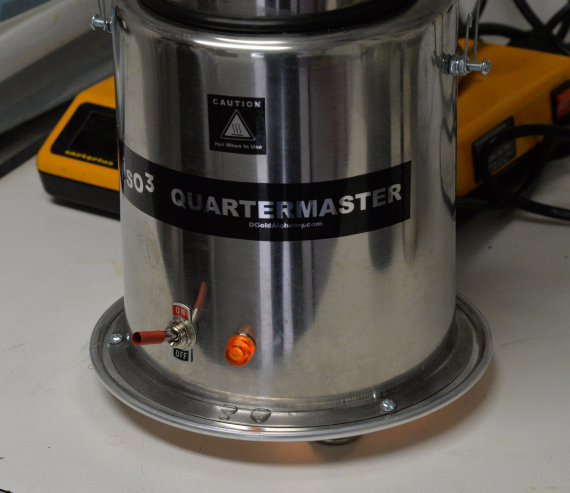 As simple as flipping the switch, and the slick part of this system is that it works at low temperature using a light bulb, and requires little tending.  Ever vigilant, at this point we took a break and conducted product quality tests on prior extractions, and then checked on progress about ever eight hours thereafter.

I should note, that the distance the light bulb is from the boiling pot is adjustable, and we ran with factory settings, which aren’t optimum for speed, but set to minimize effect on the product.

We flipped the go switch 11-17 at about 9:45AM and the next morning around 10:00AM, this is what we observed upon removing the chilled head and checking on progress: 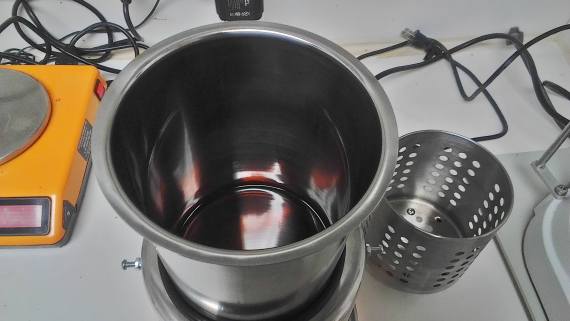 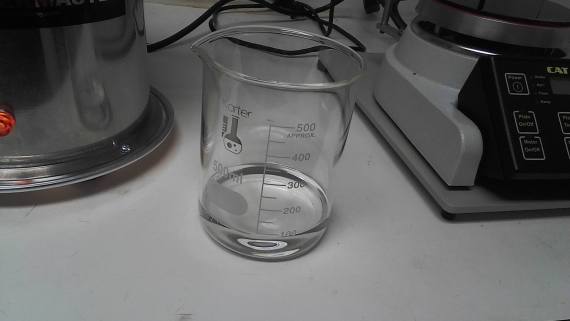 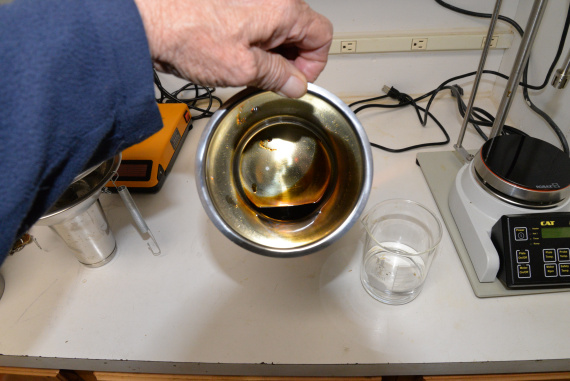 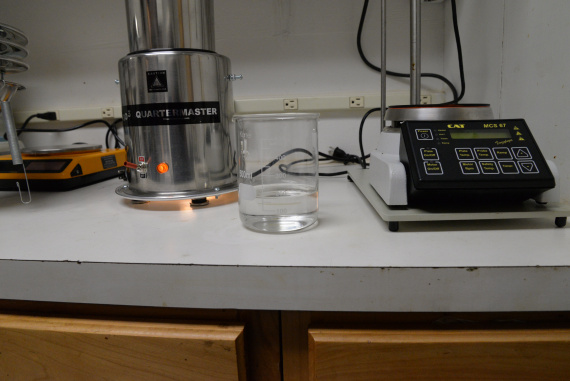 Adding more solution and buttoning up once again, we continued running and repeating 200 ml per run, until we processed our quart of ethanol used for winterizing.

Next we will do a QWET recovery, and follow up by soxhleting the spent material for the residual essential oils.

I helped set up and took purdy peeectures, but Carla monitored and refilled it day to day.  One of the features that she’s been most enthusiastic about, besides it working slick, is that it doesn’t require moment to moment monitoring.

More of a set aside and go about your other business sort of thing, and perfect for ma and pa size extractions.  More from Carla later:

D Gold made two design changes as we test, both of which we incorporated in SN-0001 for the next run.

The first was an upgrade to an inner basket that suspends from its upper lip, vis vis sitting on legs, and the second was to move the light bulb in the base closer to the pot, so as to speed it up during parts of the process that allow it, and control its output using an external dimmer switch. 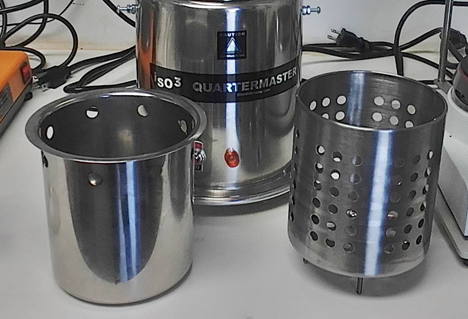 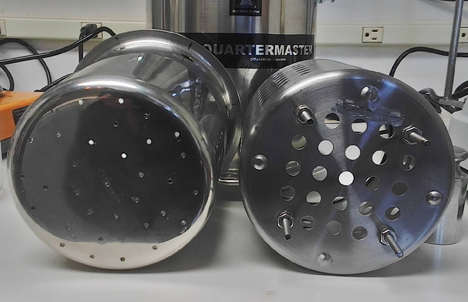 Carla applauded the first upgrade, but was tongue in cheek about the second.  It wasn’t as fast, but when the bulb was at its furthest extreme, you didn’t have to pay as close attention as you do now that you can turn the heat up high enough to burn it if ignored.

We both think it’s a nice upgrade, replete of course with both more opportunity and responsibility!

For those of ya’ll preferring forgiveness to opportunity, you can leave it on lower settings, or disarm this feature altogether, by adjusting the bulb in the base further away from the boiling pot bottom, so that even full on, it doesn’t burn………..

I understand they will start delivery of the ISO-3 shortly after the first of the year.  See at:

Previous : Cannabinoids of the Future - Boon or Disaster? By D. Gold
Next : BHO Extraction Booth Design 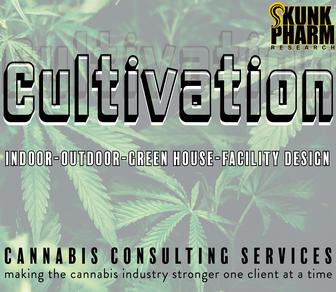