In /butane-safety/ I shared a few tips on how to extract using flammable solvents like butane, without immolating yourself.

A thread that was shared on half a dozen forums, and even made a Sticky on PIF http://freemygreenpdx.com/topic/8354-bho-safety/ and IC Mag https://www.icmag.com/ic/showthread.php?t=212613 , and sanctified by the serious professionals as being both common sense and good advice, but let us not forget about the ignorant, and the pathology in the populous.

We are all ignorant on some subjects, and this thread, like the previous one, is directed at education for those with ears, but just like repeat drunk drivers plague society, the same mental pathology plagues our cannabis movement in the form of BHOtards.

Case in point, the explosions of explosions from brothers and sisters doing open butane extraction indoors, in the face of good advice to the contrary, and even involving not only fellow sociopaths, but innocent infants and pets.

Note that no indoor blasting was the first point made in my butane safety thread and I didn't leave any wiggle room, yet it is being ignored:

"For starters, I never personally do a butane extraction indoors or any confined space! None at all, zero, zip, forget about it! It is important to keep it below explosive limits!

I do it all outdoors, with a non sparking plastic fan blowing, not sucking, the butane evaporation away! Butane loves self abuse and will clump together and pool, being that it is heavier than air.

I use three fans to keep any free butane dispersed below ignition limits of 1.86% and from it pooling and accumulating in low spots like through my basement window to my basement, chock full of ignition sources.

The central point is that concentration of the butane boiling off can be kept diluted below combustion limits, by blowing the accumulating vapors away using a fan."

For those whom question just how bad is it, check out the 19 page IC Mag thread starting at https://www.icmag.com/ic/showthread.php?t=266761.

A personal salute to IC Mag and the brothers and sisters who have taken the time to search out and record the contents of the thread so as to spread the awareness. Thank all of ya'll who've posted data on it, and saved me hours of effort.

Sooooooooooo, enough is enough, this thread is a call to arms against BHOtardisim, to stop the insanity and proactively avoid a wide pendulum swing reaction to the growing carnage, from our detractors and the general public in the form of draconian laws that we won't like.

BHOtardisim is hereafter to be defined as follows:

Archaic: An epithet coined by BHO detractors as a taunt.

Current: A mental deficiency leading the afflicted narcissistic sociopath to discount all input from others and open extract using butane indoors, or in a hap hazard manner, so as to endanger themselves, other life, and property.

So incompetent as to be unaware of how incompetent they are, they have no compassion for other life, and actually believe themselves uniquely insightful and smarter than the gods whom taunt them.

They are the repeat offender "drunken drivers" in the cannabis extraction netherworld.

The call to arms is three fold:

Educate, educate, educate the noobes; in this we are our brothers keeper. They will listen to us before the general authority figures, because those same authority figures already told them that if they played with them selves they would go blind and crazy, not have sexual intercourse outside marriage, and that marijuana was a Class III drug, with no medical benefits. You can see how that has played out............

Educate the public, so that they realize that we are all not pariah outlaw cowboys, indiscriminately blowing people and property up.

My thoughts are that if we don't somehow educate both our members and the general public, and do all that we can to bring this thing under some semblance of control, that the control option will be exercised by others and we won't like the new laws that they come up with.

A perfect example of the few, wrecking things for the masses and a problem that mankind will always face as long as there is pathology in the populous.

Us'ns aren't likely to have much effect on the pathology, but we can educate and save the ignorant ones, and maybe not be painted with the same brush by as large a portion of the rest of our brothers and sisters.

Previous : FDA Rating and limits on various solvents
Next : Cannabis Formula from The US Dispensatory, 1870 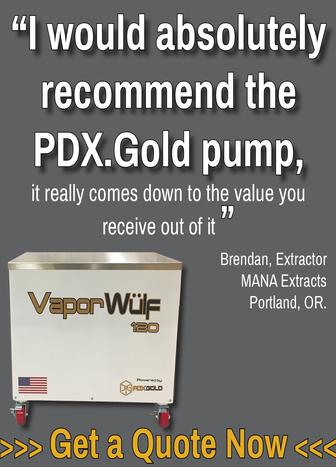