Historically, official pharmaceutical "dispensatories" were books that collected and presented an account of medicinal substances in the state in which they were supposed to be bought and sold, and also aimed to teach the modes in which they were prepared for use. They were usually based, in turn, on official national "pharmacopoeias" which set out the divisions and groupings for each medicine, and also the physical standards (identity, purity, potency, etc.) on which they were to be defined.

Thus, I thought it might be interesting here for Skunk Pharm Research readers to read excerpts from the chapter on Extractum Cannabis US from the thirteenth edition of The Dispensatory of the United States of America, by George B. Wood MD and Franklin Bache MD, published in Philadelphia by J.B. Lippincott and Co., 1870.

The entire chapter in the original book is about three pages long. After the Latin nomenclature and a general botanical definition of the genus and species of the plant (cannabis sativa, var. Indica) and physical description of the plant and seeds, comes a very detailed description of its history and interesting method of preparation for medicinal use, and, finally, for what conditions and how it is to be used:

"It is from the Indian variety exclusively that the medicine is obtained; the heat of the climate in Hindostan apparently favoring the development of its active principle. In Hindostan, Persia, and other parts of the East, hemp has long been habitually employed as an intoxicating agent. The parts used are the tops of the plant, and a resinous product obtained from it. The plant is cut after flowering, and formed into bundles from two to four feet long by three inches in diameter, which are sold in bazaars under the name of gunjah. The hashish of the Arabs is essentially the same. The name bang is given to a mixture of the larger leaves and capsules without the stems. There is on the surface of the plant a resinous exudation to which it owes its clammy feel. Men clothed in leather run through the hemp fields, brushing forcibly against the plants, and thus separating the resin, which is subsequently scraped from their dress, and formed into balls. These are called churrus. In these different states of preparation, the hemp is smoked like tobacco, with which it is said to be frequently mixed. An infusion or decoction of the plant is also sometimes used as an exhilarating drink."

"The medicinal resin or extract of hemp, directed by the U.S. Pharmacopoeia, is made by evaporating a tincture of the dried tops. Dr. O'Shaughnessy directs it to be prepared by boiling the tops of gunjah in alcohol until all the resin is dissolved, and evaporating to dryness by means of a water bath. Mr. Robertson, of the Calcutta Medical College, prepares it by passing the vapour of boiling alcohol from the boiler of a still into the dried plant contained in a convenient receptacle, and evaporating the condensed liquor by a heat not exceeding 150 F. The Messrs. Smith, of Edinburgh, obtain a purer resin by the following process. Bruised gunjah is digested, first in successive portions of warm water, till the expressed liquid comes away colorless; and afterwards, for two days with a moderate heat, in a solution of carbonate of soda, containing one part of the salt for two of the dried herb. It is expressed, washed, dried, and exhausted by percolation with alcohol. The tincture, after being agitated with milk of lime containing one part of the earth for twelve of the gunjah used, is filtered; the lime is precipitated by sulphuric acid; the filtered liquid is agitated with animal charcoal, and again filtered; most of the alcohol is distilled off, and to the residue twice its weight of water is added; the liquid is then allowed to evaporate gradually; and, finally, the resin is washed with fresh water until it ceases to impart a sour or bitter taste to the liquid, and is then dried in thin layers. Thus obtained, it retains the odour and taste of the gunjah, of which 100 pounds yields 6 or 7 pounds of the extract. Much of the commercial extract is very impure, and is but partially soluble in alcohol."

"Under the name of Extractum Cannabis Purificatum, the U.S. Pharmacopoeia directs a preparation made by evaporating a tincture of the crude extract, which, from its greater uniformity of strength, is preferable for prescription. Properties: fresh hemp has a peculiar narcotic odour, which is said to be capable of producing vertigo, headache, and a species of intoxication. It is much less in the dried tops, which have a feeble bitterish taste. According to Dr. Royle, churrus is when pure of a blackish-gray, blackish-green, or dirty olive colour, of a fragrant and narcotic odour, and a slightly warm, bitterish and acrid taste. Schlesinger found in the leaves a bitter substance, chlorophyll, green resinous extractive, colouring matter, gummy extract, extractive, albumen, lignin, and salts. The plant also contains volatile oil in very small proportion, which probably has narcotic properties. The resin is probably the active principle, and has received the name of cannabin. It is neuter, soluble in alcohol and ether, and separable from the alcoholic solution by water as a white precipitate. It is insoluble in cold alcohol of 80 or 90 percent, but is soluble in the same liquid heated, in cold absolute alcohol, ether, acetic ether, spirit of nitric ether, muriatic ether, chloroform, and bisulphuret of carbon."

"Medical Properties: Extract of hemp is a powerful narcotic, causing exhilaration, intoxication, delirious hallucinations, and, in its subsequent action, drowsiness and stupor, with little effect upon the circulation. It is asserted also to act as a decided aphrodisiac, to increase the appetite, and occasionally to induce the cataleptic state. In overdoses it may produce poisonous effects. It has been found to cause sleep, to allay spasm, to compose nervous inquietude, and to relieve pain. In these respects it resembles opium; but it differs from that narcotic in not diminishing the appetite, checking the secretions, or constipating the bowels. It is much less certain in its effects; but may sometimes be preferably employed, when opium is contraindicated by its nauseating or constipating effects, or its disposition to cause headache, and to check the bronchial secretion. The complaints in which it has ben specially recommended are neuralgia, gout, rheumatism, tetanus, hydrophobia, epidemic cholera, convulsions, chorea, hysteria, mental depression, delirium tremens, insanity, and uterine hemorrhage. It has been found to cure obstinate intermittent fever, given before the paroxysm. It has been found to have the property of hastening and increasing the contractions of the uterus in delivery. The strength of the extract varies much as found in commerce; and therefore no definite dose can be fixed. When it is of good quality half a grain or a grain [30mg or 60mg] will affect the system. In some instances it will be necessary to give as much as ten or twelve grains of the extract, and half an ounce has been taken without sensible effect. A preparation of hemp has been recommended as an anodyne liniment in painful affections, made y heating together for five or six hours upon a salt-water bath one part of the bruised tops and two parts of the oil of hempseed, and then expressing and filtering."

Previous : Booming BHOtards The Explosion of Explosions
Next : The Generic Terpenator Operators Manual 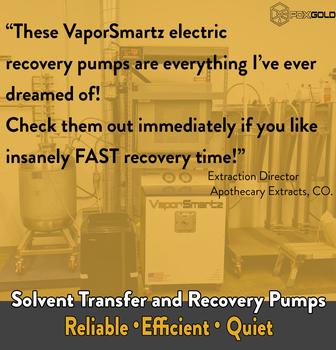