Hi ya’ll, please doooo try this at home because the results are beyond impressive! They are startling.

Not only does it provide psychoactive free rapid pain relief used as a topical, but with slight modifications, switch hits sublingually to combine pain relief, with a general uplifting to the spirits and relaxing of the body.

Body effect varies from relaxed, to couch locked, depending on tolerance and dosage.

Who knows how old the recipe actually is, because the surviving recipe is from Exodus 30, verses 22-30:

30 "Anoint Aaron and his sons and consecrate them so they may serve me as priests."

First Church of the Magi has since risen, who considers the Holy Anointing Oil a sacrament, and more of their thoughts may be found at:

From the standpoint of process, the perfumers of the time, would have put cinnamon bark, cinnamon leaf, and cannabis bud in olive oil and water. Boiled the water away, strained the oil, and used it in that form.

Eloquentsolution discovered Holy Anointing Oil on another forum pre skunk pharm, and did the math, discovering that the formula called for about 15 ounces of land race cannabis per liter of olive oil, regardless of what else was in it. Whoa!

After reading her post on the subject, how could I resist corroborating with making a batch and checking it out? Since they were using the landrace cannabis of the time, its actual potency is of course conjecture, but there are some clues in the process that they used and the MSDS on cinnamon oil, which says that greater that a 1% solution will burn our skin.

Cutting to the chase, we needed essential oils of the additives to maintain continuity of formula, since we were already using essential oils of cannabis.  I found the cinnamon bark oil, cinnamon leaf oil, and myrrh gum from http://www.newdirectionsaromatics.com/ and we have been happy with their service ever since, though they aren't certified as food grade.  That doesn't mean that they are not food grade, only that it isn't assured, and they are of course suitable for topical Holy Anointing Oil.

Alternative bulk sources for food grade essential oils for use in oral medications are:

I made a batch with olive oil, but Eloquentsolution switched her formula from olive oil, to coconut oil, because of coconut oils other salubrious qualities, among them medium chain triglycerides for faster absorption and more rapid passing of the blood brain barrier.  Another thought provoking coconut attribute, is that coconut milk is the only natural substance discovered thus far, that can double as blood plasma in humans.

Both of our first batches were impressive, but as Eloquentsolution's was better, we've used coconut oil ever since.  She also continued to experiment and developed our current formulas for both Holy Anointing Oil Oral, and Holy Anointing Oil Topical, which have different ratios, and the topical also contains Emu oil.

The combination of the cannabis oil and the other ingredients seems to speed up and intensify the results and the whole appears greater than the sum of the parts.

At about the same time, I was also working on my cinnamon Cannapop lollypop recipe, and used a 50% mixture of cannabis oil and Cinnamon candy flavoring oil, from https://www.lorannoils.com/p-8313-cinnamon-flavor-cinnamon-oil.aspx

Because the mixture was so tasty, some of the skunk pharmers, who dropped by, started asking for a taste, and asked for it by the name of, "that good shit."  I therefore named the mix GS, for "Good Shit."

One day I decided to see if Cinnamon candy flavoring oil would ameliorate the slight after taste of HAO sublingual, and when it was successful, I named the mix, "Holy Shit", or HS.

Here are the formulas, both fractionally and in decimals.

We make these oils, by adding the other ingredients to the decarboxylated cannabis oil, while the oil is above 82C/180F, and stirring until well mixed.  Bottle and use as is. For decarboxylation instructions, check out the tab on our home page, under that name. 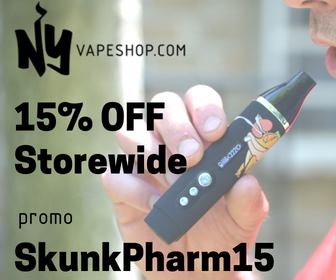