We usually eschew making medibles that are super tasty, as it encourages  large doses, which can become uncomfortable, but here is our cinnamon Cannapop recipe that we developed for a patient with jaw pain.

Not only did the patient fall in love with it, but in field testing, it developed a strong popular following for both it’s medicinal effect, and its tasty method of ingestion.

Please note that candy making is hazardous because of the extreme 300F temperature of the mixture, its propensity to spatter in the presence of moisture, and the way it sticks to the skin while burning. Wear long sleeve clothes and eye protection while using this recipe.

Note that both the cinnamon oil and the hot chili oil will burn both the skin and eyes, as well as create respiratory and sinus distress if its hot vapors are inhaled in quantity. Mix under a well ventilated hood and wash your hands after handling.

The oil bath will also react violently with water at 375F, so make sure that the vessels that you place in them are dry and keep other sources of water away from it.

*The size of the lollypop molds makes a difference on how much oil you add for one dose per lollypop as does whether it is for a standard 100mg low tolerance patient or a 300mg high tolerance patient.  Safest is to make them all 100mg doses and eat more, but if they are for a known tolerance, you can adjust accordingly.

Start by extracting the cannabis oil from trim using BHO or QWET techniques. Decarboxylate in a 250F oil bath and boil until bubbling abruptly diminishes for maximum THC content, or until it ceases, for maximum sedative effect.

Add Cinnamon oil (and hot chili oil) and stir until mixed. Set aside.

Mix the sugar, honey, and water in a pot and place in an oil bath at 375F. Mix well while beginning warming and then cease stirring until the mixture reaches 300F.

Remove from oil bath and allow to cool until it reaches ~230F. Add cannabis cinnamon oil mixture and stir until mixed. Do not inhale the fumes that come off during mixing and avoid eye contact with the fumes.

Spoon mixture into prepared lollypop molds, or pour onto cookie sheet that has been lightly sprayed with Pam.

Score material in pan in ¼ grid pattern with a Pam lubricated knife as it cools.

Allow to cool until semi rigid, and then remove lollypops from the mold and coat them and the sheet lightly with powdered sugar to eliminate stickiness.

PS: Another patient and Jolly Roger fan, requested the “hot” Cinnamon Cannapops, and reported that the ½ teaspoon chili oil booster was about perfect for her and I liked it as well.

In her own words, “It gave me a speech impediment from a cleft pallet, but as soon as it quits burning, I can’t keep from sticking it back in my mouth again.” 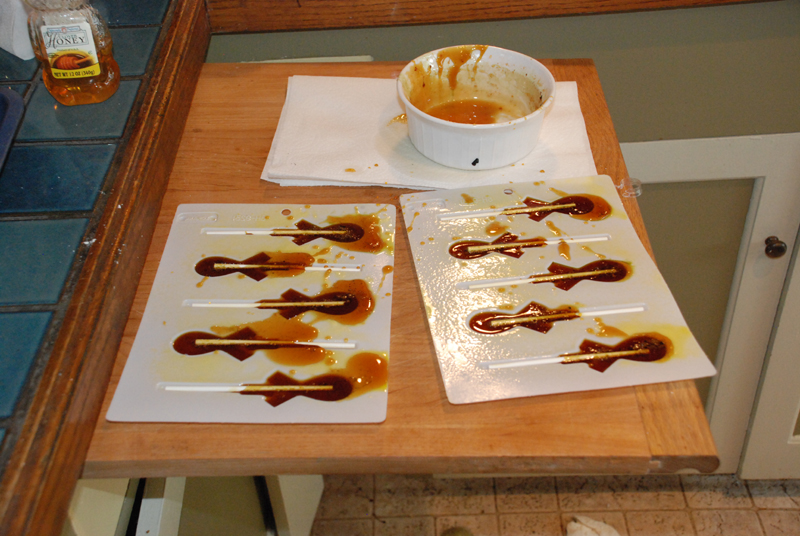 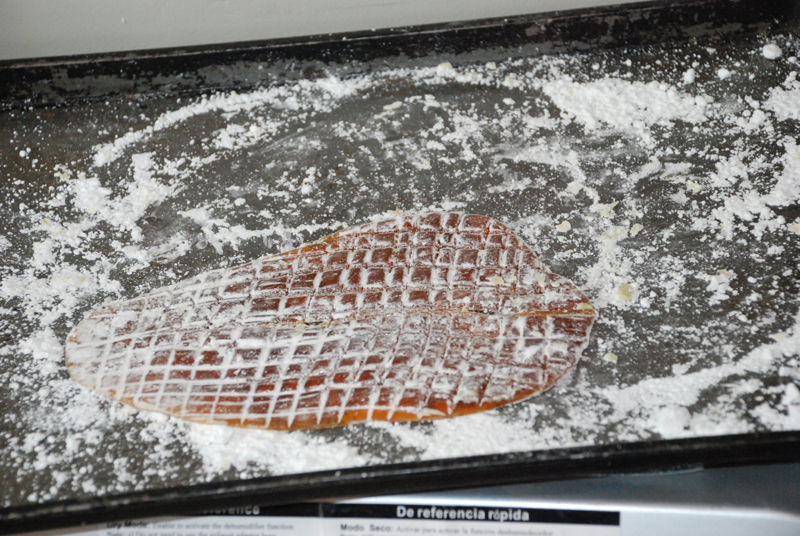